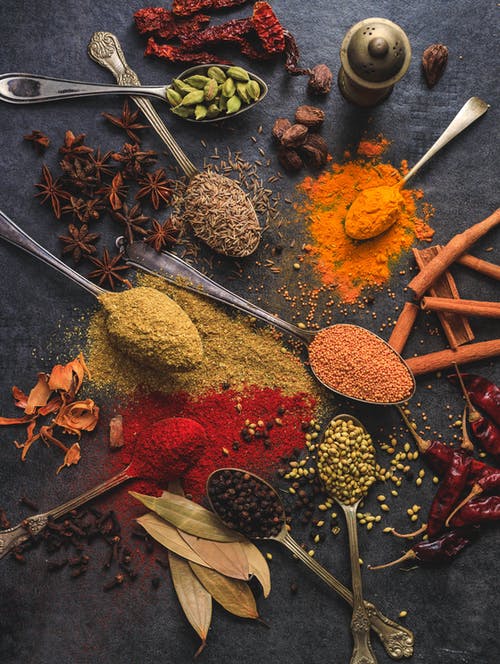 There are spices you enjoy in your food that are also good for your health. Many people also choose to take these spices in supplement form to be sure to get all the benefits they offer. Your taste buds and your health will appreciate the flavors and benefits these spices provide.

In India, curry has been an important spice for thousands of years and is recognized as valuable for flavor enhancement and for its medicinal qualities. Curcumin is a powerful substance found in turmeric and contains both anti-inflammatory and antioxidant properties. The many benefits of turmeric include the following:

Cinnamon brings to mind apple pie, toast, waffles, hot cider, and many other delicious treats, but for thousands of years it has been used for its medicinal benefits. There are numerous benefits to using cinnamon on a daily basis either in food or in a supplemental form. A few of the benefits include the following:

Clove is a delicious and versatile spice that comes from the flower buds of the clove tree. You can purchase whole cloves, ground powder, and oil. This spice is used to season meats as well as cookies and cakes, gingerbread being an old-time favorite. Did you know that clove offers the following health benefits?

When people see ginger root in the store, they often think of delicious Asian dishes made with this wonderful spice. Ground ginger is used in the favorite ginger snap cookie, and ginger candy is very popular. Ginger has many healthful uses, including the following:

This favorite spice is a big hit in Italian sauces, pizza, tomato dishes, and is the perfect companion to basil in many recipes. What you may not realize is that oregano has many health benefits including the following:

Oregano oil is one of the strongest natural antifungals you can obtain. It's a forceful yeast-killer and should be in every cabinet.

These common spices are used in many favorite recipes. You can also take advantage of their healthful benefits. Stock up on these five spices, and use them to enhance your meals and your health at the same time.