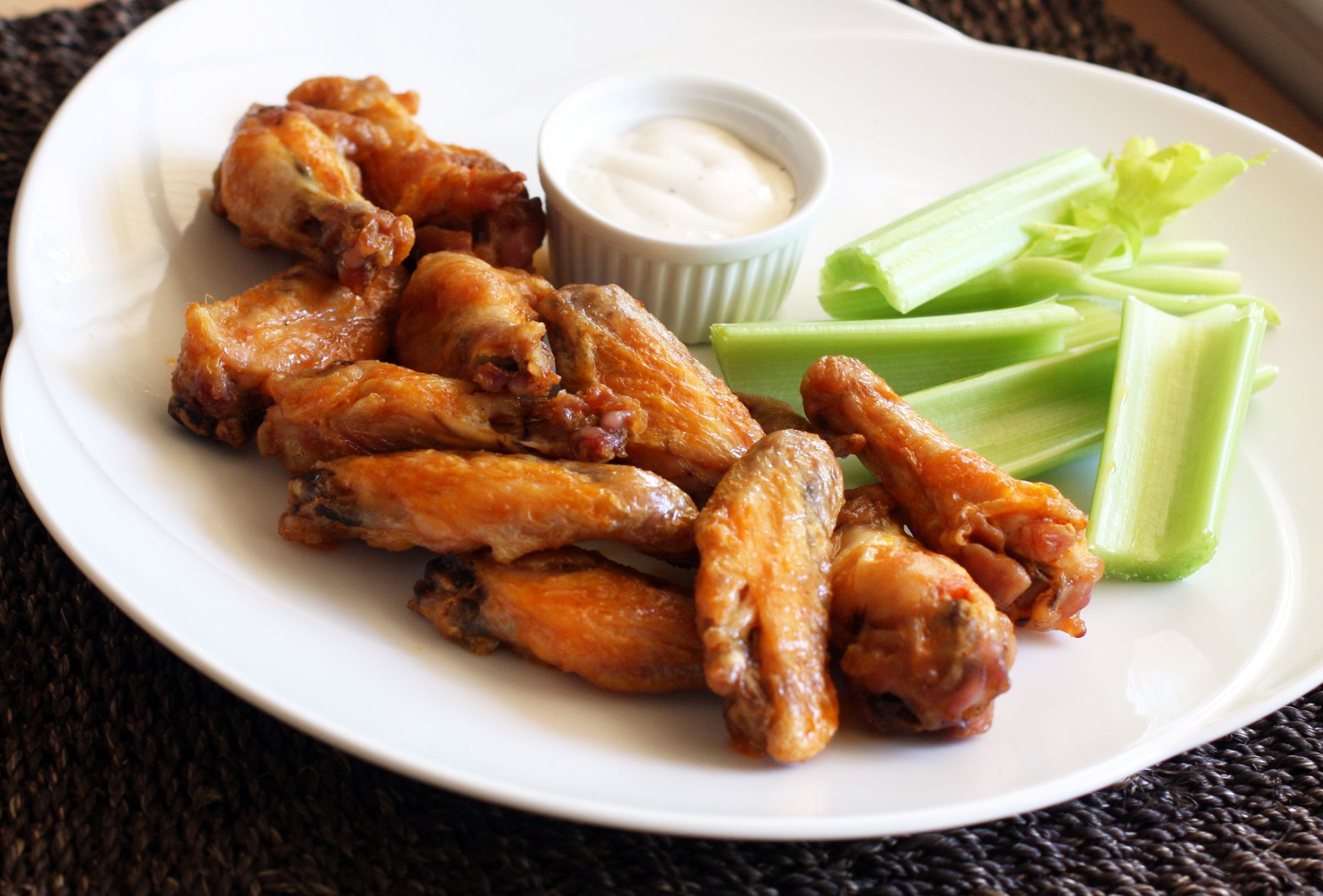 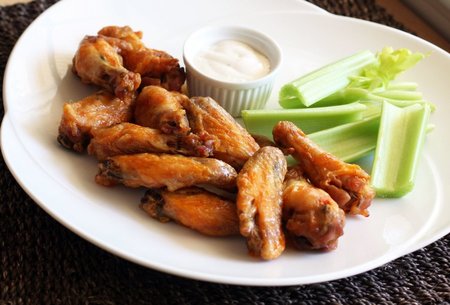 Spicy food does more than set your tongue ablaze. Putting the heat in what you eat has a number of health benefits, thanks to capsaicin, the compound in peppers responsible for the inferno. Capsaicin can temporarily boost your metabolism by up to 8 percent, increasing your post-spice calorie burn. It may also help lower bad cholesterol, and according to one study, it blocks a gene that narrows the arteries that can reduce blood flow to your vessels.

So, if you like it spicy, you're in luck, and you'll love these recipes that beg for the hot stuff.

For the delicious flavor of hot wings without that whole deep-frying thing, these spicy, savory hot wings pop into the oven instead of the fryer.

Take three pounds of chicken wings out of the fridge, and let them sit a spell to take the chill off. Meanwhile, melt 6 tablespoons of butter in a small saucepan over medium-low heat. Remove from the stove, and whisk in a half-cup of gluten- and sugar-free Simple Girl Hot Sauce and one teaspoon of salt.

Put the wings in a mixing bowl, and pour half the sauce over them, tossing to coat. Cover the bowl, and let the whole shebang sit on the counter for about a half hour to marinate. While they're resting, place a rack about 8 inches below the broiler element, and turn on the broiler.

Remove the wings from the marinade, shaking off any excess, and toss the marinade in the trash. Arrange the wings on a foil-lined baking sheet. Broil them for 10 to 12 minutes, then flip, and broil another 10 to 12. When the skin is crispy, and the chicken pulls away from the bone, they're done. Toss them with the remaining sauce, and serve immediately with blue cheese dressing and crisp, cool celery sticks to help take away the sting.

Cut some boneless pork into small bite-sized pieces, and toss them into a bowl. Sprinkle with a teaspoon of cumin and a half teaspoon each of garlic powder and salt. Add three tablespoons of our delicious hot sauce, and combine. Cover, and set the bowl aside for a half hour to let the flavors amalgamate.

Finely chop up as much cilantro and red onion as you like on your tacos.

Heat a tablespoon of oil until it's shimmering. Sear the pork over medium-high heat. Reduce the heat and cook, stirring often, until the pork is done. Set it aside, covered with foil.

Add three tablespoons of oil to the pan. Heat a mess of low-carb corn tortillas until they're barely crisp and still flexible. Spoon some pork into each tortilla, sprinkle with onion and cilantro, dollop a bit of sour cream on top, and serve with lime wedges and the bottle of hot sauce for an extra kick.

If you want to get creative, you can add all sorts of other stuff to these tacos: Tomatoes, corn, black beans, jicama — the sky's the limit!

This'll get you out of bed on a Saturday.

Gather your favorite omelette fixin's — ham or turkey, cheese, peppers, onions, mushrooms, beans, kale, spinach, what-have-you — and crack two eggs per serving into a bowl. Mix the eggs well with a splash of milk and a teaspoon of Simple Girl Hot Sauce for every two eggs. Sprinkle in a little salt and pepper. Make your omelettes as usual, and serve 'em up with a pile of fruit on the side. Keep the hot sauce handy in case your taste buds need some extra waking up.