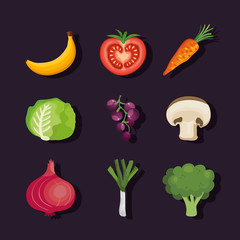 Ancient wisdom tells us that the foods we choose to nourish our bodies hold the key to better health and longer life. Following your intuition and finding what your body needs has become incredibly difficult thanks to the endless amounts of processed foods on grocery store shelves. Luckily, the guidance that will help you eat your way to health has been preserved. Eating the foods listed below may help you fight disease and maintain strength and stamina as you age.

Matcha
Matcha tea may be trendy now, but it has a history that goes back to the 13th century, when Japanese monks began cultivating shade-grown green tea from Chinese seeds. Tencha, the method used to grow matcha tea, allows it to retain more theanine during the growth process than a standard green tea. Theanine promotes relaxation and fights damage to brain cells if blood oxygen levels drop. Studies suggest that theanine improves general cellular and immune function, protecting you from disease while keeping you alert.

Pandan Leaf
Largely unknown outside of South Asia, pandan leaves are a delicious addition to your culinary medicine cabinet. Pandan has a sweet, mild flavor and aroma commonly used in desserts and sauces. It is also full of flavanoids, tannins, polyphenols, and other components that boost immunity. Drinking pandan tea can help lower blood pressure and relieve stress. It also acts as a mild laxative and will help keep your system running smoothly. Pandan can be found in the Asian section of major grocers and in online specialty food shops.

Blueberries
Apart from being delicious, blueberries are high in key nutrients and antioxidants. One serving of blueberries contains a quarter of your recommended daily intake (RDI) of manganese and vitamin C and one third your RDI of vitamin K. The high concentration of anthocyanin antioxidants fights free radicals that damage DNA. Curtailing DNA damage can help prevent many of the health risks associated with aging, including arthritis and cancer. Other compounds in blueberries have been shown to lower high blood pressure and cholesterol. At just 84 calories a cup, there's no reason not to enjoy some!

Turmeric
Long known for its healing properties in Ayurvedic medicine, turmeric root is a delicious addition to any meal. The warm, earthy flavor of turmeric is a large component of curries, rice dishes, and Indian food. Turmeric's golden color comes from curcumin, a pigment with antioxidant and anti-inflammatory properties. Because the amount of turmeric used in most foods is too low to provide a therapeutic benefit, consider drinking turmeric tea specifically designed to deliver antioxidant-boosting curcumin along with delicious flavor. If tea isn't your style, try a golden latte - turmeric, ginger, and other spices added to steamed milk and sweetened with honey.

Aloe
It's common knowledge that topical application of aloe nectar is an effective way to soothe skin irritation from minor cuts and burns. It forms a protective barrier around the skin to keep it moisturized and has inherent antimicrobial properties to ward off infection. Aloe's hidden secret is that it is also an immune-booster when consumed orally. It facilitates removal of toxins in the body by improving digestive function, guards against dental plaque, which has been linked to heart disease, and reduces inflammation inside the body, leading to better pain management. Aloe beverages are commonly found in the Mexican section of international grocers and are sometimes sold as "sabila". They may also be in the natural foods department, usually alongside kombucha, as aloe beverages are growing in popularity among those interested in holistic wellness.

As you can see, adding a few new foods to your culinary medicine cabinet can make big changes in your health. Something as simple as starting your day with a cup of tea can help protect you from illness, inflammation, and pain. Why not start today?